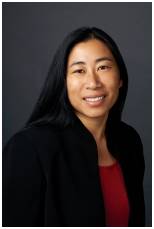 Agnes Huang was a subject editor for JP Boyd on Family Law, and was jointly responsible for the pages on Resolving Family Law Problems in Court between 2013 and 2016. She runs a family law practice in downtown Vancouver, and has focused on family law since being called to the Bar in 2007. She clerked with the Federal Court of Canada, and graduated from UBC law school in 2005.

Agnes has a strong public service history, having been active in pro bono legal advice clinics, and in the Vancouver Aboriginal Friendship Centre. She is a member of the Canadian Bar Association and the Trial Lawyers Association of B.C.

During law school, Agnes received several course prizes and awards including from the Canadian Bar Association and the Law Foundation of BC. She was co-recipient of the Raymond Herbert Award as the Best All-Round graduating student in 2005, and started the student newspaper, The Legal Eye.

Prior to pursuing a career in law, Agnes worked with many feminist organizations, including the Vancouver Status of Women / Kinesis, the Women's Legal Education and Action Fund (LEAF), Direct Action Against Refugee Exploitation, and Breaking the Silence.