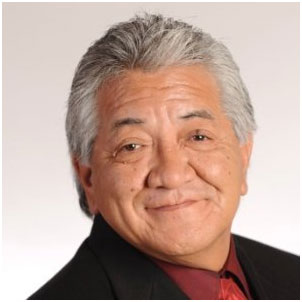 Strive to bring peace, harmony, Squamish cultural teachings and spirituality back to our communities! I believe we all have good things in our hearts and minds to share and medicine to help each other heal! A people divided will find it difficult to succeed at whatever the end result it is striving to achieve! So I will plant seeds of hope and charity between ourselves to attempt to bring our community back to who we are and how we should act toward one another!

Squamish Nation hereditary Chief Gilbert "Gibby" Jacob is one of the most influential Native leaders in Canada. He is a man with quiet power and was twice recognized as a significant member of society and honoured with Vancouver Magazine's Power 50 Award.

"I am happy to participate as a volunteer on the advisory board of Affinor Growers that's how strongly I believe in this project!"
- Chief Gilbert "Gibby" Jacob

Jacob's participation was key in the bid for the 2010 Olympic Games for Canada and was a part of the final team of ten people who represented Canada in its last presentation to the IOC in Prague when Vancouver was awarded the Games. Jacob was appointed as a VANOC board member representative for Lil'wat Nation and Squamish Nation for the duration of the planning and execution of the 2010 Olympic and Paralympic Games.

Chief Jacob helped broker the deal that established the Squamish Lil'wat Cultural Centre in Whistler, as well as the Olympic land Legacy and amongst other Legacies that resulted in the Squamish and Lil'wat First Nations gaining several tracts land in the Whistler community - including the Baxter Creek area above the Rainbow subdivision that is being developed for housing.