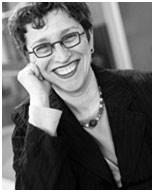 Clo was one of the founding members of Mandell Pinder when it was formed in 1983. Combining critical analysis with an insightful mind and a profound depth of feeling, Clo effectively unpacks the essence of the problems, challenges and dilemmas found at the interface of native communities and the law.

As managing partner, Clo is a dynamic force, bringing a wealth of experience to bear on the work of the firm.  She has litigated at every level of court in British Columbia, in the Federal Court, and has appeared a number of times before the Supreme Court of Canada on behalf of her native clients.

Early in her career Clo coordinated the legal teams involved in the successful defence of those Band members from many communities who were charged with mischief for occupying the Department of Indian Affairs.  This occupation and the successful defence prompted changes in the administration of federal constitutional responsibilities for aboriginal affairs.  Since then and throughout her career, Clo has had a global perspective on how to work with her clients to achieve their goals of political and economic self-determination.  Clo has been co-counsel on the early pivotal cases that have established the law on the protection and advancement of Aboriginal and Treaty rights  (Meares Island; Saanichton Marina; Double Tracking).

In keeping with the collaborative approach of the firm,  Clo’s work involves:

Clo has argued for the just resolution of specific claims appearing before the Indian Claims Commission (before its demise), and more recently, before the Specific Claims Tribunal.