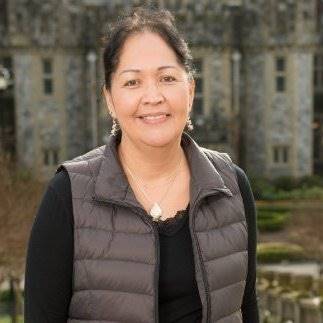 Aboriginal education advocate Gayle Bedard served many First Nations communities in her role with the Ministry of Education, and through the direction of councils and programs. During her more than 30-year career, Bedard was an elementary and secondary school teacher, counsellor, principal, and district principal for Aboriginal education in the Surrey school district. She also worked with the Yukon Government, Tsawwassen First Nation and Stzuminus First Nation.

Bedard, a Tsimshian member of the First Nations community of Port Simpson (Lax Kw'alaams), devoted herself to building bridges between Aboriginal and non-Aboriginal communities. As district principal, she used curriculum changes as a tool to support this connection. In Bedard's view, when Aboriginal education becomes authentically part of the curriculum, and the Aboriginal grad rate is at par - there will be no need for a separate Aboriginal education department. Bedard adapted curricula to include education of territorial history to promote feelings of pride and belonging among Indigenous communities. In her role, Bedard addressed the issue of Aboriginal student graduation rates with the British Columbia Association for Supervision and Curriculum Development.

Bedard holds multiple degrees from the University of British Columbia. She graduated in 1984 with a Bachelor of Education from the Indigenous Teacher Education Program (NITEP), and a Master of Education and Leadership in 1998. Bedard also completed her second Master Of Arts Degree through Royal Roads University. This degree specializes in Conflict Analysis and Management. Her goal is to 'walk with' First Nation communities to effectively deal with interpersonal, intergroup and intragroup conflict.

As of June 15, 2017 she is the District Principal for Aboriginal Education for the Coquitlam School District (S.D.43)
She previously served on the Board for Mediate B.C., and the advisory board for NITEP, the First Nations Education Council, and is Independent Consultant of Gwa'lgum'ax (GGAX) Consulting.