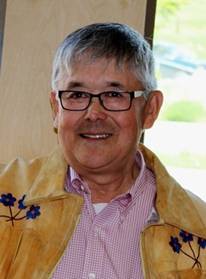 With honour, Bob holds the title of Grand Chief Pasco.

Grand Chief Pasco initiated the development of the Interior Tribal Fishing Treaty, which has the support of most First Nations along the Fraser River System. The court case of Pasco v. CN Rail has also provided significant environmental protection to the Nlaka'pamux fishery that is at the heart of Nlaka'pamux title and rights.

Grand Chief Pasco works through other organizations to achieve the objectives of the Nlaka'pamux Nation. He has participated in the Union of BC Indian Chiefs and served on two Federal Environmental Review Panels. Grand Chief Pasco was a member of the Fraser River Management Board, Credit Union Board, National Economic Development Program Board and BC Rail Board. He serves as President of both the Ashcroft Rancher's Association (BC Cattlemen's Association) and the Western Indian Rodeo and Exhibition Association.