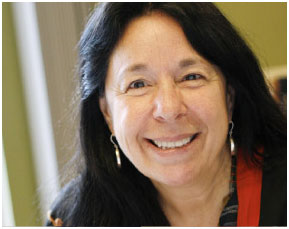 On January 1, 2011, Louise moved out of the day-to-day practice of law – she remains connected in the esteemed capacity of ‘partner emeritus’ to the firm.

On behalf of many First Nations clients, Louise has, for three decades, devoted her professional life to the advancement of their Aboriginal and Treaty rights.  She was brought into the area of Aboriginal law when it was in its infancy, working under the direction of the late Grand Chief George Manuel, President of the Union of B.C. Indian Chiefs and the World Council of Indigenous Peoples.  Louise has been one of the major conceptual thinkers in this area of the law, shaping the legal and evidentiary principles which have been accepted by the courts at every level and found reflection in the existing state of the law.  Her tireless spirit, creativity and devotion have been acknowledged by her clients and by her colleagues in the many awards she has received.

In addition to litigating major cases contouring the dynamics of Aboriginal/Crown relations, she provides legal options, presents claims to government, and negotiates settlements on behalf of Aboriginal peoples.
She has made presentations to Standing Committees of the House of Commons and, in the last few years, has been a speaker on every aspect of native rights at over twenty conferences sponsored by the Pacific Business and Law Institute, The Canadian Institute, Continuing Legal Education Society, Insight Information, Banff Centre for Management, Australian Racism Conference, to name a few.

Louise is an engaging public speaker and is committed to passing on her knowledge through her involvement in continuing legal education workshops and forums.

Louise was appointed Queen’s Counsel in 1997.  She is married and the mother of two children, Max and Sarah.