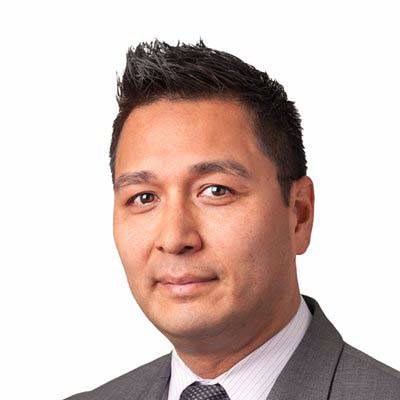 Merle is a member Kitasoo Xai’xais First Nation and a hereditary chief of Tsimshian Nation. Merle is a role model within the larger Indigenous community. He also exhibits exemplary character and conduct as a husband (to another Uvic Law grad) and father to two small children.

Merle is one of three Indigenous Partners in the 1400 lawyer international law firm, Gowling WLG LLP, and leader of a very successful and high profile Indigenous Law Working Group.

He has been profiled by Business in Vancouver and BC Business on the High demand for Aboriginal lawyers, where they noted that “Merle Alexander is one of the leading lights in the burgeoning field of Aboriginal law.”

Examples of his legal career include:

Merle dedicated twelve years of pro bono international United Nations advocacy for Indigenous Peoples organizations in the (1) Convention on Biological Diversity (“CBD”) (UNEP environmental treaty that protects Indigenous traditional knowledge), and (2) World Intellectual Property Organization – Traditional Knowledge and Traditional Cultural Expressions Protection Working Group (negotiating an international instrument for the protection of Indigenous knowledge). Merle was the lead negotiator for the North American Indigenous Caucus in the negotiation of the Nagoya Protocol on Access and Benefits to Genetic Resources and Associated Traditional Knowledge and chaired several experts and working groups in the achievement of this Protocol under the CBD.

Merle is the author of the Taxation and Financing of Aboriginal Businesses in Canada (Toronto: Thomson Reuters, 1998), and a number of other publications. He has over 20 editorial articles for the Vancouver Sun and Aboriginal Marketplace on Indigenous resource law. He contributes regularly to the Osgoode law certificate program, CLE BC, Pacific Business Law Institute, Indigenous Bar Association, and numerous Indigenous political organizations such as BC Leadership Council, including advising First Nations on the role of Aboriginal economic rights. Merle has extensive and ongoing public advocacy on issues relating to Indigenous law and resources, and governance and economic rights. He is legal commentator for all regional and national newspapers, including the Vancouver Sun, Globe & Mail, National Post, Wall Street Journal and IPolitics. He has leadership and expertise in sustainable economic development, consultation, Indigenous law and research, and a range of other practice areas. Merle has been an invited speaker at over 100 conferences and workshops.