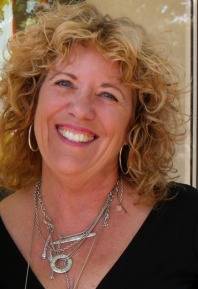 Sandy Kay’s artistic career has developed on many levels. Before becoming a full-time painter, she worked as a graphic and greeting card designer, a theatre - set - costume designer and a publisher. With her diverse experience, Sandy has also taught many art workshops and classes and she continues to do this today while creating new works from her new studio in Halfmoon Bay, BC.

Sandy has studied extensively, attending classes at the Chicago Art Institute, East Carolina University and Miami Dade College and has studied directly under master artists whose works she's admired. She is also an avid reader and experimenter and considers her painting abilities to be mostly self-acquired.

Born in California, Sandy grew up on the East Coast of the U.S. and lived in the Florida Keys most of her adult life before moving to Vancouver, British Columbia with her husband in 1999. Sandy has always had her own studio/gallery - one of which was in Gallery Row on Granville Island in Vancouver. She recently relocated to the Sunshine Coast of BC and divides her time between her studio and home in Halfmoon Bay BC and Southern California.

Sandy Kay’s paintings are very emotion-based, working in both classic and contemporary styles, from the abstract to photo-realism. While her work spans a broad range of subjects and styles, the commonality can be found in their stories. Sandy strives to create a feeling rather than a picture, to evoke a deeper emotional response from the viewer.

Sandy’s paintings have sold internationally to countries like England, Germany, Dubai, the U.S. and Canada. They are included in many Corporate Collections and the permanent collections of the Canadian Society of Painters in Watercolour in Toronto and Mount Royal University in Calgary.